EarCandy is a volume manager for PulseAudio that fades applications in and out based on your current activity. Meaning it can do handy things like muting your music playing when you decide to turn on a youtube video. EarCandy can sniff out applications to tell what kind of application they are 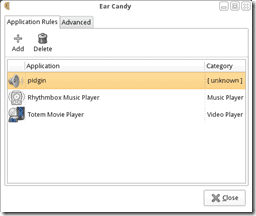 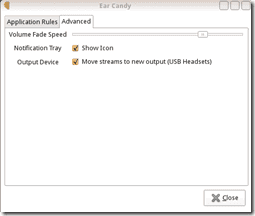 How to install Earcandy on Ubuntu Jaunty

You can do this by using the following command:

Then add the following to the end of the file: